How is the weather in Sapporo during the Snow Festival?
February is the coldest month of the year, with daily average temperatures dropping below freezing.
What clothes should I wear to visit the Snow Festival?
You should wear at least three layers of clothes to keep you warm outside. Typically this means: thermal underwear, a sweater and a thick overcoat or a proper winter garment such as ski jacket. A knitted hat or ear-warmers and gloves are also recommended. Please ensure you wear warm clothes to best enjoy the snow festival.
What kind of shoes should I wear in winter? (Can I buy anti-slip straps for shoes?)
Roads are often frozen over and very slippery. You will need winter boots or shoes with ice-traction soles. You can also buy "suberidome", cleats attached to rubber bands, which can be attached under the soles of regular shoes.
What is the train schedule, fares, and travel time to New Chitose Airport?
Please check the Access page for details.

About the Sapporo Snow Festival

When will the Sapporo Snow Festival be held?
The festival will be held at the Odori and Susukino sites for eight days from February 4 (Saturday) to February 11 (Saturday, national holiday), 2023. The Odori Site is scheduled to feature five large snow sculptures, the symbols of the Snow Festival, as well as small and medium-sized snow sculptures, citizen snow sculptures, winter attractions, and more *The Tsudome Site will not be held. Click here for more details.
Is there any admission fee?
All the sites are free.
What are the opening hours of each site?
You can visit the Odori and Susukino venues at any time. The snow and ice sculptures are illuminated until 10:00pm in Odori and until 11:00pm (until 10:00pm on the last day) in Susukino.

Participation in the Sapporo Snow Festival

Are there any other recommended tourist attractions around the Snow Festival?
Please check the 'Welcome to Sapporo' website for more information.

What countries are participating in the International Snow Sculpture Competition?
The International Snow Sculpture Contest will not be held at the 2022 Sapporo Snow Festival. The number of participating countries in the first International Snow Sculpture Contest was 6 teams. Later, due to an increase in the number of participating teams, a group system was adopted from the 6th contest (30th Sapporo Snow Festival), with countries that had won in the past divided into Group A and other countries into Group B. The 25th International Snow Sculpture Contest (the 49th Sapporo Snow Festival) was an international event with 20 teams and 80 competitors from all over the world. There have been 37 teams from 37 countries/regions who have participated in the contest so far, including 14 from Asia, 11 from Europe, 7 from North America, 2 from South America, and 3 from Oceania.
Who makes the snow sculptures and ice statues?
The snow and ice sculptures are made by the special unit of the Self Defense Force, the staff from Sapporo City Hall, local volunteers, the citizen's groups, the people from the private organizations, and teams participating in the International Snow Sculpture Contest. In particular, the large snow and ice sculptures at Odori site are made by the special unit of the Self Defense Force and an experienced local volunteer group. Preparatory work, including data collection, initial designs, sculpture modeling, and materials allocation, begins in September. At the Odori site, wooden frames are assembled at the end of December. In early January, snow is packed into the framework and hardened. By mid-January, the wooden frames are removed and rough cuts of the snow are made. Afterwards, the sculptors focus on meticulously carving and engraving the snow. The last step is touching up any final details and disassembling the scaffolds just before the Snow Festival starts.
How many snow and ice sculptures are there at each site?
More than 200 snow and ice sculptures will be created at the Snow Festival sites. About 100 sculptures will be created at the Odori site, and about 60 at the Susukino site.
Can anyone participate in making the large snow sculptures for the Snow Festival?
The citizens of Sapporo, including the people from overseas living in Sapporo can participate in making the large snow sculptures. In 1987, when the 38th Snow Festival was held, a total of 1,000 citizens participated in making large snow sculptures for the first time. In recent years, large snow sculpture-making became very popular especially among the families who moved into Sapporo and foreign students. Under the guidance of the experts, this firsthand experience is sure to be a wonderful memory. 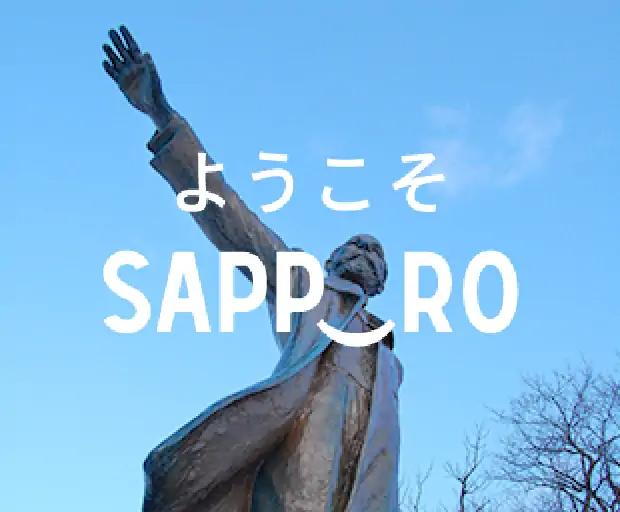 Sapporo in winter has a lot more to offer than just the Snow Festival! The Sapporo Tourist Association provides information on recommended sightseeing spots, events, gourmet food and other important information about Sapporo, as well as seasonal information. We hope you can use this site to plan your trip to Sapporo, Hokkaido!